MARIN BY THE BAY 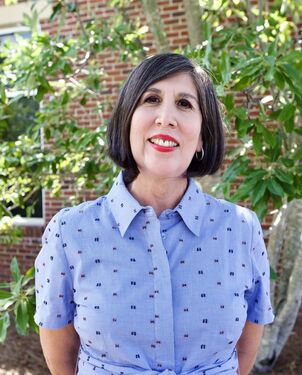 ​      Cecilia Moix
originally from El Paso, Texas, is a native speaker of both English and  Spanish. She has taught AP Spanish Language and Culture as well as AP Spanish  Literature & Culture for more than 15 years. Cecilia is a faculty member at Franklin Road  Academy, a college preparatory school, in Nashville, Tennessee. She is also an Adjunct  Professor at Belmont University in the Liberal Arts Department, teaching Spanish at the  undergraduate and graduate levels.
Since 2012, Cecilia has been an AP Reader for the AP Spanish Language & Culture  exam. She has graded the recording section, the written section, and the international  tests.
​       Cecilia earned her Bachelor of Business Administration degree from Belmont University  in 2000 while working full time. She has over fifteen years’ international business  experience managing sales, projects, logistics, training, and business negotiations,  focused primarily in Latin America. In 2003, Cecilia changed careers and became a  teacher. While teaching at Brentwood High School, she earned her Master of Education  degree from Belmont University with a certification in Spanish. Cecilia has taught  Spanish II, Spanish III, Spanish III Honors, AP Spanish Language & Culture, and AP  Spanish Literature & Culture.
In 2007, Cecilia was a recipient of the Toyota International Teacher’s Program  scholarship and traveled to Japan to teach and study the culture, history, technology, and  industry of the Japanese people. She also received the William B. and Gretchen Akin  Faculty Award as teacher of the year at Franklin Road Academy. She is a licensed  teacher in the State of Tennessee. She was also an instructor for the Governor’s “Teach  Tennessee Institute” and is a member of the Tennessee Foreign Language Teaching  Association (TFLTA). Cecilia is also a member of Kappa Delta Phi, International Honor  Society in Education, Nu Phi Chapter.
Cecilia can be contacted at ceciliamoix@gmail.com
COURSE DESCRIPTION